Home » Does the Presence of Men Influence A Woman’s Eating Habits? 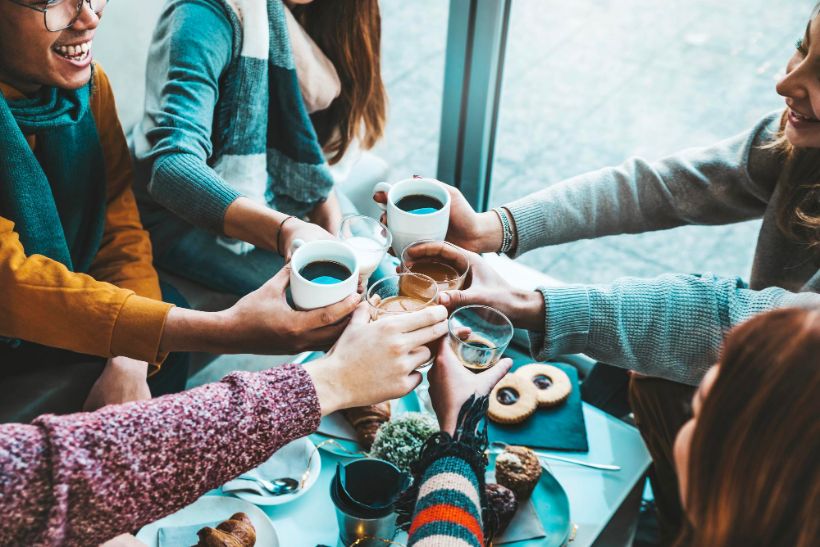 Does the Presence of Men Influence A Woman’s Eating Habits?

Depending on the way you look at it, the presence of men could be good for women’s eating habits.

A study that was conducted at a university’s cafeterias showed that when women ate with a mixed group, they tend to eat fewer calories. The more men that were present seemed to further decrease the calorie intake of the women.

The only problem with this I see is if women start to starve themselves by not eating enough.

Most women think that if they eat less in front of guys then they will appear to be more attractive, but guess what, if you don’t eat enough and change into a cross between Lindsay Lohan and a skeleton (oh wait, maybe they’re the same thing), then guys probably won’t find you very attractive anyway.

If eating with men helps you eat healthier then go ahead and eat with guys more often, more power to you.

Remember eating healthier and eating less are two completely different things. If you continue to eat enough food and stay healthier then yes, men can be good for women’s diets.

However, I don’t think every article that talks about this should be titled “Men ARE good for women’s diets” and should be “Healthy eating habits for women can be formed by Men”

Furthermore, I think one other thing should be taken into consideration, do men even care? For the most part, probably not.

I mean if you eat like a pig, with no courtesy eating a full rack of ribs in record-breaking time, then yeah maybe men care.

But if you tend to eat like a civilized human being, taking some sort of time to eat then it probably doesn’t make a significant impact on men.

During the study, men’s eating habits didn’t seem to change in mixed or same-sex groups. Either they (men) don’t really care that much, or all these guys seemed to get extra hungry. Maybe that should be the next study.

“Do men really care about women eating habits?” That or spend time doing something like finding a cure for cancer, or solving world hunger. You know just those small little things.

When to Call Security On Your Shopping Habits

Birth Control Pills – can they be taken continuously?