Study Says Those That Are Spanked Have Lower IQ - Doctor Solve

Home » Study Says Those That Are Spanked Have Lower IQ 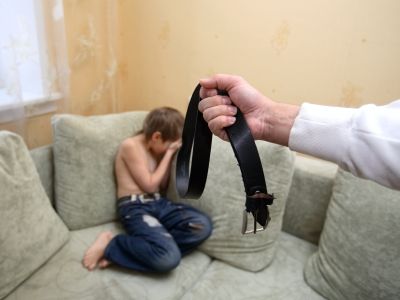 Study Says Those That Are Spanked Have Lower IQ

According to a recent study, kids who get spanked have lower IQ’s. Yeah, I know it sounds weird considering their brain isn’t located at the end of the body… if it is then I would suggest seeing a doctor immediately.
Anyways, I’m a little bit skeptical about the results of the study. I don’t necessarily believe that spanking your kid will actually drop his/her IQ. It might cause some sort of weird trauma incident later on in life that results in weird sorts of fetish and “interesting” stuff like that. But I’m sure you’ll find out if your kid has daddy issues somewhere down the line and you don’t need me to tell you that.
However, I do believe there is something to this study. I don’t believe that spanking CAUSES your child’s IQ to drop. They may become depressed, go to drugs, who knows maybe even start listening to rock and roll (those were the days). I do believe that spanking your child is probably a good indication that your child isn’t going to be the next Einstein. All that repeated spankings tell you is that your child is not smart enough to LEARN from the spankings. I mean if you’re spanking your kid for skillfully placing a would-be record-setting amount of crayons in their nose 20 times then your child may need some extra tutoring in school somewhere down the line.
Now before any angry parent/child that was spanked starts saying “hey, I was spanked and I turned out fine!” I would like to say two things. One, I didn’t say EVERYONE that gets spanked has a lower than average IQ. Two, if you’re 50, working at McDonald’s, and haven’t been promoted since you started there in Junior High School, then you are one of those people that was spanked repeatedly for doing something stupid, be quiet and go read a book or something.
NOTE: I do not suggest spanking your child as I very strongly disagree with physically harming your child or anyone for that matter… However feel free to emotionally traumatize them, it leaves just as much, if not more pain, without leaving any visible marks and lasts a lot longer. For those of you that fit into the low IQ bracket that second bit about the emotional abuse was a joke.
DoctorSolve Healthcare Solutions Inc., a Canadian Internet-based pharmacy intermediary (license #BC X23), offers low cost, long-term prescription drugs. A professionally registered pharmacist fills all Canadian prescriptions. A certified member of the Canadian International Pharmacy Association, DoctorSolve is ranked as one of the best online Canadian pharmacies .