High Risk of getting Hepatitis C from tattoo - Doctor Solve 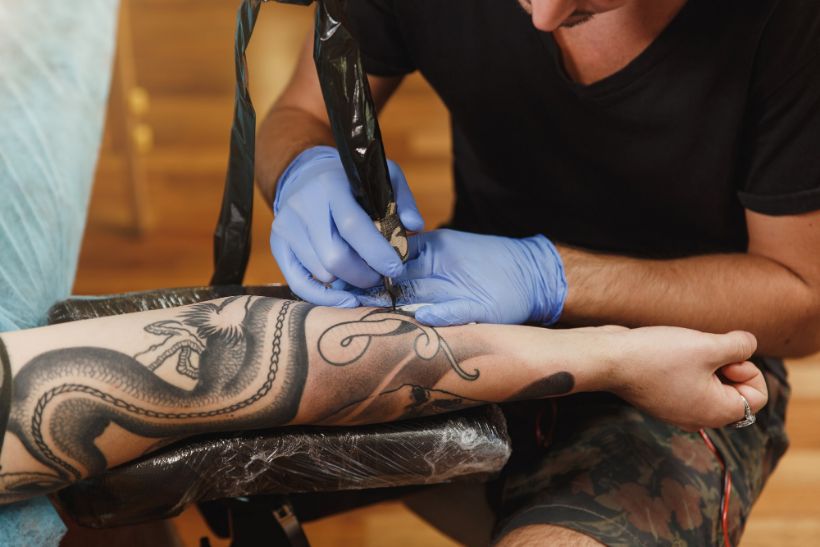 Tattoos have been a common form of body art for thousands of years. The first tattoos were discovered on bodies over 1400 years old. These historic tats consisted of animals and mythical animals which were supposedly tattoos of status and rank among tribes. Today, tattoos are a universal form of individual identification, an artwork, or just a way to be heard. Hepatitis C from tattoos can be easily transmitted if proper hygiene practices are not followed.

The reason for tattooing is different for everyone. Some like tattoos because they look cool, some want to keep a special name, quote, or phrase with them at all times, and some don’t even remember getting one in the first place. However, although tattooing methods seem safe and low-risk – after all, all of your friends have one! But there are dangers of tattooing that may be life-threatening.

Can You Get Hepatitis from a Tattoo?

A recent study by Dr. Bob Haley and Dr. Paul Fischer at the University Of Texas Southwestern Medical School discovered that the average commercial tattoo is the number one distributor of hepatitis C. Dr. Haley concluded that “Commercial acquired tattoos accounted for more than twice as many hepatitis C injections as injection-drug use. This means it may have been the largest single contributor to the nationwide epidemic of this form of hepatitis.” Hepatitis C kills over 10,000 people a year, and more than 4 million Americans and counting are infected with hepatitis C. Unsterilized equipment and needles can also transmit other serious diseases such as tuberculosis, hepatitis B, and HIV.

According to WebMD Medical News 2002, “Infected blood and infected needles spread Hepatitis C from tattoos, which is the virus’s link to tattooing. Tattoos involve lots of needles making lots of sticks in the skin. With each stick carrying the potential for contamination the risks of getting a tattoo increases – and not just with hepatitis, but also HIV.”

If you think that these diseases are only picked up in cheap tattoo parlors with improper sterilization techniques, you’re wrong. Famous celebrity Pamela Anderson picked up Hep C from tattoo needles.

10 tips for a healthy back

Importance of Breakfast for a Healthy Life