How A New Blood Test Detects Breast Cancer Before It Happens

How A New Blood Test Detects Breast Cancer (Before It Happens) 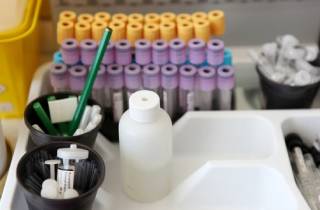 Did you know that cancer cells divide only around forty times before it causes death? Unfortunately, even the most advanced cancer screening systems only detect the disease until it has already started to develop in the body.
Usually, by that time, the cancer cells have already divided. For early detection, that may be a division of about 20 times.

Things are about to change in the field, however, with the recent development of blood tests for breast cancer. Two groups of scientists from Nottingham and Kansas University have recently developed a breast cancer blood test that works by predicting whether a woman will or will not get breast cancer, even years before the symptoms of the disease kick in.

How does this breast cancer blood test work?

The extraction of blood, which is then tested for antibodies and other compounds, is used in this new type of testing method. The reason for this is that at the first sign of cancer, the immune system produces antibodies— which the blood test can then pick up. This allows the test to determine the possibility of cancer even right before its onset.

Apparently, this new test can predict the development of cancer at least 2 to 5 years before cancer even shows up, with around 80% accuracy. This is even more accurate – and presents results even earlier – compared to mammograms, which sit at 75% – and can only be used once cancer has already occurred.

This breast cancer blood test was developed a little while after a specific test for lung cancer called the Early CDT-lung test showed notable success with smokers.

If you test positive, what then?

Because the blood test can spot risk and not exactly the disease itself – it means that one may or may not even develop breast cancer within the next few years even after testing positive or getting the first sign of a protein. This may cause a huge conundrum – and may lead people to want to rush to cancer treatments immediately at the first sign of an antibody.

Still, being extra concerned about your risk is logical, and if you are, it helps to see your doctor about this. He or she will also be able to give you insights on how you might be able to lessen your risk through diet and lifestyle changes.

Is Genetic Testing Ready for Widespread Use?