Why Americans go to Canadian Pharmacies for Prescription Drugs

Home » Why Americans go to Canadian Pharmacies for Prescription Drugs

Why Americans go to Canadian Pharmacies for Prescription Drugs 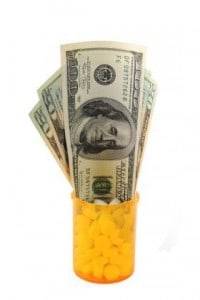 I understand that research and development is very costly, but at the same time, some of these costs are simply ludicrous. In some ways, it is almost a type of discrimination against the poor. If you can’t afford the cost of prescription drugs, then you might die. That’s the sad truth in many cases.

Perhaps an effective price control system is needed in the United States. As it is now, millions of American citizens are travelling across the border to purchase their prescription medications from Canadian pharmacies or going online to buy these drugs from online pharmacies at a fraction of the cost.

However, pharmaceutical companies have many lobbyists in Washington, DC, to prevent any change that could be damaging to their profits. The pharmaceutical industry spent roughly $855 million, which is more than any other industry, on lobbying activities from 1998 to 2006. If you’re waiting for drug prices to be lowered by any significant margin, I wouldn’t hold your breath. It’ll be one of those, “I’ll believe it when I see it” type of moments. Until then, more and more Americans will search for alternatives, such as Canadian pharmacies.

Get Your Summer Body