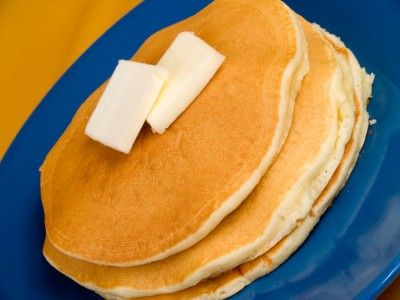 Maple Syrup Found to Slow the Growth of Cancerous Cells

Maple syrup, that sweet liquid that is so often associated with Canada, may be extremely beneficial to our health. According to a new study that was published in the Journal of Medicinal Food, maple syrup may significantly slow the growth rate of cancer cells, depending on the type of cancer, and despite its sweet taste, it may reduce the risk of diabetes.
Seeram, from the University of Rhode Island, who presented his findings at the American Chemical Society annual meeting in San Francisco, found 13 antioxidants that are believed to possess anti-cancer, anti-bacterial and anti-diabetic properties in maple syrup. These antioxidants were previously not known to be present in the syrup.
Abscisic acid, which is a phytohormone that is known to stimulate insulin release through the pancreatic cells, is found quite abundantly in maple syrup. The release of this insulin increases the sensitivity of fat cells to the insulin, creating a powerful defense to combat metabolic syndrome and diabetes.
Researchers at the Universite du Quebec also conducted a study on the effects of maple syrup. Their findings suggested that prostate and lung cancers may have the growth rate of the cancerous cells slowed tremendously by maple syrup. In fact, their results show that maple syrup may be more effective than blueberries, broccoli, tomatoes, and carrots. Other cancers, such as breast, colon, and brain also experienced a decrease in growth rate, but not to the same extent as prostate and lung cancer.
DoctorSolve Healthcare Solutions Inc., a Canadian Internet-based pharmacy intermediary (license #BC X23), offers low cost, long-term prescription drugs. A professionally registered pharmacist fills all Canadian prescriptions. A certified member of the Canadian International Pharmacy Association, DoctorSolve is ranked as one of the best online Canadian pharmacies .
For more information on how to order Canada drugs safely and securely call 1-866-732-0305 or visit https://www.doctorsolve.com/ – a trusted and reliable Canadian online pharmacy since 1999.

The Impact 30 Minutes can have on your Entire Life