Mental Health Problems in teens due to technology obsession 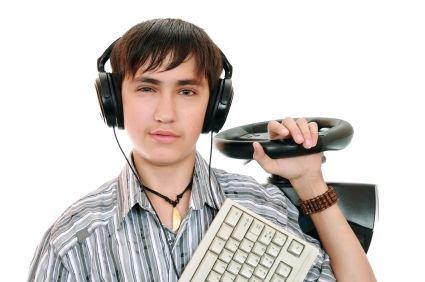 Because of the isolation that technology provides technology may affect our mental health. Human interaction is needed! Human touch has so much power and impact. Something as simple as interacting with a complete stranger can be significantly beneficial to our mental health. Isolation has mental consequences and can affect work, family, and personal growth. Often depression is a result of isolation.

Gambling is also something mental health-related. Although this is less common in teens, it is still an issue. Gambling can lead to lying and debt. This can cause a lot of stress in the family and network of the person.

Not only is the overuse of technology having a negative impact on mental health, but physical health is also a concern. It is feared that teens are not getting an adequate amount of exercise. In a survey conducted on numerous students, it was found that 8.5 percent of students said they had no physical activity for a week before taking the survey. 7 days without exercise is extremely unhealthy, compared to the 30 minutes a day teens should be getting.

TV, the computer, and cell phones are all wonderful advances in technology, but without balance out in keeping fit and social, they could pose harm to our health.

Get Your Summer Body