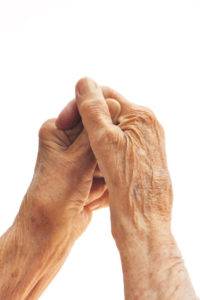 Cracking your joints, an action commonly referred to as “popping” is a form of manipulation in the joints. The end result is usually a cracking sound. Individuals tend to a wide variety of joints in their bodies including wrists, hips, knuckles, jaws, and even the Achilles tendon. But can this cause arthritis? That is what we’ll aim to discover.

Knuckle Cracking and Arthritis – Is there a Link?

At the Uniformed Services University of Health Services in Maryland, a team of researchers underwent experiments to determine if there is actually a link between acute arthritis and knuckle cracking. The experiment incorporated 214 people, of which, about 135 of them already had hand osteoarthritis.

The participants were aged between fifty and eighty-nine years old, and all received a radiograph in their right hands within the previous five years. The goal of the experiment was to gather data based on the overall frequency and duration that knuckle cracking occurred.

What Were The Results?

The results concluded that:

What about Grip Strength and Swelling?

Can cracking your knuckles on a regular basis cause other aliments like reduced grip strength or hand swelling? This was another area were researchers decided to dive deep. They tested the theory that habitual cracking of the knuckles would eventually lead to swelling and lower grip strength.
Let’s not forget that over twenty percent of people crack their knuckles on a regular basis. A new experiment was then conducted on more than 300 patients who were at least 45 years of age to determine if hand function was lost due to knuckle cracking. None of them showed any signs of malignant diseases or reduced lower grip strength.

About seventy four of these participants cracked their knuckles habitually while the other 226 did not. Again, they found similar rates of problems in both groups, which led them to believe that there isn’t a concrete link between cracking your knuckles and developing arthritis. The conclusion of the experiment was that hand impairment was not likely from knuckle cracking.

Dr. Donald Unger spent more than sixty years cracking the knuckles on his left hand (but not his right). He’s never reported any problems with either hand and has never developed arthritis either. He earned the Nobel Prize in Medicine in 2009.

US Drug Spending Is Increasing