Home » US Drug Spending Is Increasing

US Drug Spending Is Increasing 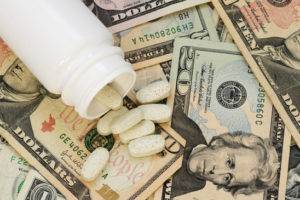 The cost of drugs in the United States is expected to rise by about 4% this year, and this is driven by a variety of factors, one of them being that few generic drugs are hitting the market. Prescription drugs make up about 10% of the total U.S. Healthcare budget, and spending on these drugs has decreased in recent years (dropping by about 1% to around 325 billion). This statistic was later published in the American Journal of Health-System Pharmacy.

What Factors Contributed To This Increase?

According to experts, there are a number of factors that led to these increases in drug spending. If you look at the numbers, you would see that there is a higher amount of drug spending in non-federal hospitals as well as clinics. Clinics were up by about 4.5% while non-federal hospitals were up by close to 2%. However, there was a 13.7% decrease in spending for federal locations, as well as decreases in long-term care, retail pharmacy, and mail-order.
The reports also state that there was a significant decrease in oxycodone spending across all settings. On the flip side, there was a drastic increase in spending for influenza vaccines, especially in a clinic setting. What does this suggest? Well, this could likely be due to the new vaccine formulations and recommendations given out to the public.
Both “Pegfilgrastim” and “Alteplase” were at the top of the list of fastest-growing drugs in regard to hospital expenditures, which is quite interesting. There was a decrease in the growth rate for spending on drugs for anti-cancer-related needs, although these medicines represent a large expenditure for both clinics and hospitals.

What Else Did The Authors of the Reports Add?

The authors of the report expected that fewer new drugs were going to hit the market, something that would result in major expenditures by both clinics and hospitals. But the increase of access to healthcare, as well as other changes related to the ACA (Affordable Care Act), along with the improved economy, may drive huge growth in spending in pharmaceutical spending within the next 2 years.
Professor Glen Shumock, who works at the College of Pharmacy at the University of Chicago, says that there is a clear reversal in the downward progression of these prescription drug expenditures that you were likely to see in previous years. Drug spending trends tend to remain rather dynamic, and so health systems will need to be very vigilant about monitoring the local use patterns of drugs.

According to the numbers, the overall spending on regular prescription drugs – which include most pills that are used to treat relatively common conditions like depression or high blood pressure – will decline by 4% by the end of 2015. This is mainly due to the availability of generic versions of the same drugs. It is important to note that two sectors in particular, which include attention disorders and diabetes, will see a significant increase in drug spending over the next few years.