It is common for companies to figure out strategies that maximize profits; but recently Valeant Pharmaceuticals were criticized for their price hikes to increase their profits. Many of their practices resulted from self-interest and it highlights the larger problem that numerous other pharmaceutical companies participate in the same practices to maximize their profits.

According to , Valeant’s CEO claims that his actions were in the best interest of the company, which led him to make a similar decision to what every other company practices. They have highlighted the fact that their actions are not indicative of any wrongdoing, in fact it is comparable to other companies in this industry. 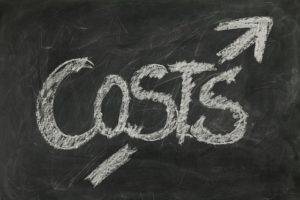 What these executives fail to acknowledge is the fact that this company is hiking the price of necessary medication, making it unaffordable for some patients. Pharmacychecker.com also states that this company took older drugs and hiked their prices to rates that were up to 6000% of the previous prices. This causes rapid inflation and an unjustifiable increase compared to past prices.

Overall, the fact that pharmaceutical companies in the United States like Valeant are able to hike up because of their monopoly over patented drugs.  It encourages more and more consumers to purchase many medications online, where there are better price control and more options such as access to generic drugs. It is important that consumers are not only knowledgeable about what they are taking, but also aware of the justification behind the price of their medication.

How To Determine If An Online Pharmacy Is Trustworthy

Do you know the facts about the fat that I dislike the...