Home » Mortality Rate From Unintended Injury Rises. Americans Are Poisoning Themselves To Death 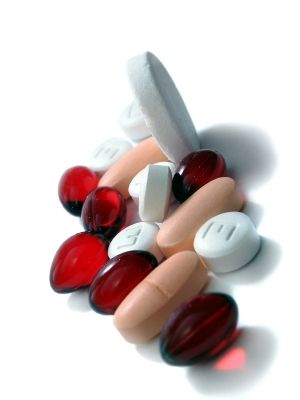 Mortality Rate From Unintended Injury Rises. Americans Are Poisoning Themselves To Death

Would you be surprised if I told you that in a span of about 6 years (1999-2005) the mortality rate from unintended injury rose by 11% in the United States? Well you should be. Those numbers are almost too high to believe, but the statistics are completely true.
The truth of the matter is we’re slowly killing ourselves. There have been unusually high spikes in poisoning deaths and deaths from falls. The deaths from falling may be just due to older age or simply because someone had a few too many drinks and accidentally fell off a cliff. However, the fact that poisoning deaths increased in dramatic fashion is what really scares me. America, you’ve become one big drug addict.
I’m not saying that drugs (prescription drugs) are bad, many people rely on some of these medications to live. However, when you start taking pills for sleeping, upset stomachs, muscle pain, sneezing, that weird twitch in your eye, etc, it starts to add up. Over medicating is a very real problem in America that often goes overlooked.
When anyone starts taking more drugs than they can remember, there is definitely going to be problems. There is only so much your body can take. It’s kind of like alcohol, sure a drink every so often is okay, but when you go get totally smashed every night for a lengthy period then expect there to be some sort of damage to your body. People begin to think that if something isn’t illegal it won’t harm you and that’s where many people are wrong.
My grade 11 teacher told me that North American society is the most medicated society in the world. He couldn’t have been more right. It seems to me that people are just taking pills because they can. If your having trouble sleeping try working out, putting some soft music on don’t pop a pill. America you need some serious rehab. Hopefully the citizens will listen up and give you what you need.
DoctorSolve Healthcare Solutions Inc., a Canadian Internet-based pharmacy intermediary (license #BC X23), offers low cost, long-term prescription drugs. A professionally registered pharmacist fills all Canadian prescriptions. A certified member of the Canadian International Pharmacy Association, DoctorSolve is ranked as one of the best online Canadian pharmacies .
For more information on how to order Canada drugs safely and securely call 1-866-732-0305 or visit https://www.doctorsolve.com/ – a trusted and reliable Canadian online pharmacy since 1999.