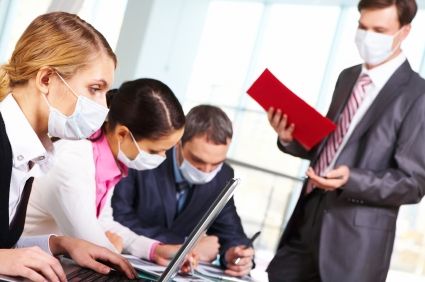 Welcome to the summer of the Swine Flu Pandemic. Just as schools close for the Summer Vacation, the World Health Organization (WHO) has officially declared Swine Influenza as a pandemic, the highest level possible.
When the Swine flu first began to spread in Mexico many were wondering, how long it would take until the swine flu became a pandemic, not if the swine flu would become a pandemic. As the Swine Flu spread globally many people became infected, yet the severity of the flu was very mild. Though the death toll has not been great, the speed at which the virus spread was incredible. This led to much deliberation by the WHO, and the eventual declaration of a pandemic.
Many seem to think this is too drastic of a step, but let us not forget, “better safe than sorry.” Even though the virus is not a relatively deadly threat at the moment, WHO Director-General, Dr. Margaret Chan says, “it is prudent to anticipate a bleaker outcome.”Think about it this way, if the virus does mutate, which almost all the major pandemics have done (Spanish Influenza, approximately 50 million dead), then at least we will be better prepared to deal with the illness. Additionally if we begin producing vaccinations we may be able to prevent the virus from infecting millions by the time it does become a significant problem.
While many members of the general public seem to find such a relatively harmless virus reaching pandemic levels, many experts think it has not happened soon enough. Dr. Thomas Frieden, the director of the Centers for Disease Control and Prevention (CDC) says, “This is not a surprise, for all intents and purposes, the United States government has been in phase 6 of the pandemic for some time now.”
Now I would love to see the Swine Flu pass by so we can later say, “Man remember that Pandemic back in ’09, what a joke,” but only time will reveal the answers to the future of the Swine Influenza Pandemic.
DoctorSolve Healthcare Solutions Inc., a Canadian Internet-based pharmacy intermediary (license #BC X23), offers low cost, long-term prescription drugs. A professionally registered pharmacist fills all Canadian prescriptions. A certified member of the Canadian International Pharmacy Association, DoctorSolve is ranked as one of the best online Canadian pharmacies.
For more information on how to order Canada drugs safely and securely call 1-866-732-0305 or visit https://www.doctorsolve.com/ – a trusted and reliable Canadian online pharmacy since 1999.