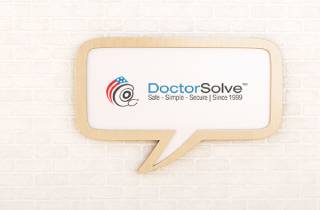 We all know it: the archetypal image of the husband running around the house trying to throw together a bag of stuff so as to take his pregnant wife, who has just had her water break, to the hospital. Maybe your husband is the type that loses the keys often, or maybe you yourself are the type of mother who simply doesn’t want to give birth in the fluorescent lightening of a hospital—whatever your reasons, if you’re considering having your child at home, you’re amongst a growing number of women who feel the same way.

A new study by the CDC (Center for Disease Control) shows a thirty percent increase in home births from 2005 to 2009. Conversely, in 1969, ninety-nine percent of children were born in hospitals.
Marian MacDorman, author of the study, attributes this deviation from the prototypical (sitcom) birthing setting to fear of complication.

“A lot of women really like the idea of home birth because they want a lower-intervention birth. A lot of women are worried about higher C-section rates and other types of intervention that happen once you go to the hospital,” she said.

Of the women opting out of the flower-print nightgown: women who already have children (and hence have already gone through birth once) and women over thirty-five the groups that seem to be the  leading the charge.

Done with proper planning and consideration, a home birth can be quite safe. In fact, a 2007 study reported that home births with registered midwifes were as safe is not safer than going to the hospital, with a lower risk of C-section, infection, and bleeding.

Saraswathi Vedam from the Home Birth Section of the American College of Nurse-Midwives feels that hospitals are best regulated for the sick; birthing is healthy.

“Women who are healthy and have a profile of having a good outcome for them and their babies have come to understand that the equipment and personnel a hospital has to offer is not necessary for all women. It’s most appropriate for women and infants who have medical indications that could benefit from what the hospital offers,” she says

Dr. George Macones, an obstetrician at Washington University believes that a middle ground may be found in the adoption of calmer, less invasive birthing facilities adjacent or within close proximity to a hospital.

“It’s a very nice, quiet, more natural experience, but if something happens you could literally be wheeled underground to the hospital,” Macones says.

“That’s the best of both worlds.”
How do you feel about this topic? We want to hear your comments.
Give us your impressions in the comments below and voice your opinion in the matter.

Green Coffee Extract: The Best of Both Worlds