As the Debate about Protecting Intellectual Property on the Internet Heats Up, the U.S. Senate is Preparing to Pass the PROTECT IP Act. Unfortunately, according to the Canadian International Pharmacy Association (CIPA) and DoctorSolve.com (a CIPA Member), this Act Poses a Significant Threat to International Online Pharmacies as it Includes Specific Language that Targets International Pharmacies, Thereby Restricting Access to Safe and Affordable Mail Order Drugs. 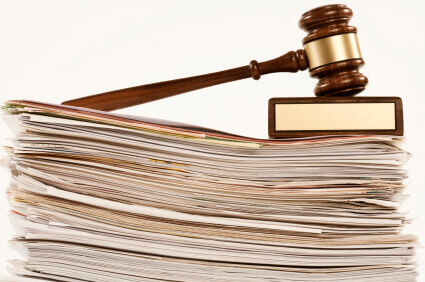 The PROTECT IP Act “contains specific language that targets all non-U.S. based online pharmacies –
classifying them as a risk to public health.” However,many of these sites are regulated to the same or higher standards as American pharmacies.

SURREY, BC June 16, 2011 – In recent years, an increasing number of Americans have started purchasing cheaper prescription drugs from international online pharmacies such as DoctorSolve.com. This trend is in direct response to the exorbitant prices Americans pay for pharmaceuticals in their local drug stores, prices according to RxRights,org that are approximately double what patients pay in other industrialized nations. Unfortunately, a new bill with changes approved unanimously by the Senate Judiciary Committee may prevent Americans from accessing international and Canadian online pharmacies.
The PROTECT IP Act was originally developed by Senator Patrick Leahy (D-Vt) in an attempt to prevent online piracy and theft of intellectual property but includes sweeping provisions that may block access in the United States to online international pharmacies. On his website, Senator Ron Wyden (D-Or) expresses concern over the bill’s “overreaching approach to policing the internet” because the bill allows the government to block websites from American Domain Name System (DNS) servers while also requiring credit card companies, advertising networks, and even search engines to cease activity with these blocked sites.
While many Americans may understand the need to protect intellectual property and prevent illegal activity such as downloading and distributing fraudulent copies of movies or other artistic expressions, Sen. Wyden takes aim at the approach of the bill. He describes the PROTECT IP Act as a “bunker buster approach to a problem that could be solved with a strategic guided missile” and worries that the bill could “(inflict collateral damage on the foundations of the Internet, (trample) free speech, (stifle) innovation and (give) license to foreign regimes to further censor the Internet for political and commercial purposes.” Indeed, this risk to commercial freedom becomes more evident when one considers the “private right of action” section of the bill.
The PROTECT IP Act provides companies with the opportunity to pursue legal action whenever they feel their IP rights are threatened. Dr. Zickler from DoctorSolve.com is concerned that this would allow large pharmaceutical companies to lobby to block access to legitimate online pharmacies that dispense affordable drugs to American patients. And this is no small group. RxRights.org claims that “over a million Americans currently import their drugs from Canada and other international pharmacies.” More importantly, this site also maintains that the PROTECT IP Act “contains specific language that targets all non-U.S. based online pharmacies – classifying them as a risk to public health.” However, many of these sites are regulated to the same or higher standards as American pharmacies. In fact, the Canadian International Pharmacy Association (CIPA) is dedicated to ensuring the quality and standards of Canadian online pharmacies, and RxRights.org recognizes that CIPA certified pharmacies in Canada “have excellent systems for regulating pharmaceuticals – comparable to (the) FDA,” and that the PROTECT IP Act “will directly – and possibly irreparably – jeopardize (the) health” of Americans who buy drugs from online pharmacies such as DoctorSolve.com.
So despite the fact that the PROTECT IP Act is intended to prevent illegal downloading and protect intellectual property, there appear to be several threats to online pharmacies and their ability to do business in the United States. As such, DoctorSolve.com joins CIPA in encouraging Americans to visit RxRights.org and sign the petition to protect their right to access affordable medications.