What Was The Blackout Against SOPA and PIPA? - Doctor Solve

DoctorSolve Thanks Customers But Encourages Vigilance After SOPA/PIPA Defeat

Following the Black Out Campaign on Wednesday, January 18th wherein Several Established Websites such as DoctorSolve, CIPA (Canadian International Pharmacy Association), and Even Wikipedia.com Restricted Access to their Sites to Protest the Stop Online Piracy Act (SOPA) and the PROTECT IP Act (PIPA), Customers of Legitimate Online Pharmacies can Rest Easy Knowing their Access to Affordable Drugs is Protected, for Now. Yet, While Thankful for the Efforts of their Customers and CIPA, DoctorSolve Continues to Warn Consumers that Future Threats to Online Pharmacies are likely on the Horizon. 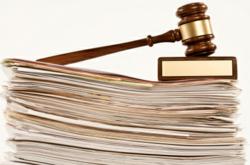 Dr. Zickler from DoctorSolve warns patients to “remain vigilant.” Future recurrence of similar bills is probable, and we must make every effort to protect the rights and access of American patients’ to safe and affordable medications.”

Surrey, BC (PRWEB) February 14, 2012 – On Wednesday, January 18th the online community took a significant stand against United States Congress and Senate efforts to control online piracy through the Stop Online Piracy Act (SOPA) and the PROTECT IP Act (PIPA). While these acts introduced efforts to prevent the piracy of copyrighted material, the Canadian International Pharmacy Association noted on its website that these acts also pose a serious risk to American access to affordable imported drugs through the use of “overly broad language” and the creation of an “internet blacklist” that “would also take away Americans’ ability to order safe, affordable prescription medications from Canadian pharmacies.”
Fortunately, through the efforts of CIPA, its Canadian pharmacy members and their customers, RxRights (an organization dedicated to protecting American patients’ access to safe and affordable prescriptions), and the efforts of other major web destinations such as Wikipedia, the Senate and House IP bills were withdrawn. According to Tim Smith, CIPA General Manager, the Black Out campaign of January 18th lead to “almost 3,000 visits to RxRights and several hundred new advocates to the coalition who sent letters to their Representatives opposing SOPA.” Through an aggressive banner campaign, CIPA, its member sites, and RxRights.org have been working diligently to oppose these IP bills for several months. In addition to his comments about the success of the Black Out campaign, Tim Smith also notes “RxRights advocates have delivered over 100,000 letters to congressional leaders and the President”. This means that online pharmacies such as DoctorSolve are indebted to its customers for their continued efforts to stifle this dangerous legislation.
Nevertheless, DoctorSolve and other online pharmacies are all too aware of the risks of future legislation. The problem with online piracy is very real, and lawmakers in the United States and other countries around the world are serious about the need to limit these illegal online activities. This means that even though SOPA and PIPA have been defeated, for now, there is likely to be new future efforts to ensure the protection of copyrighted material which may inadvertenly impact access to medications. As such, Dr. Zickler from DoctorSolve warns patients to “remain vigilant.” Future recurrence of similar bills is probable, and we must make every effort to protect the rights and access of American patients’ to safe and affordable medications.”