Home » The Decreasing Age of Puberty

The Decreasing Age of Puberty 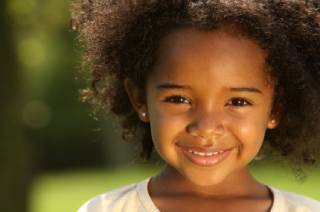 In a recent study it was found that girls are entering puberty at a much earlier age than ever before. It is hard to believe but, girls even as young as seven are going through puberty nowadays.

The reason for puberty affecting girls at earlier ages seems to be because of ethnicity and BMI (Body mass Index). For example, African-Americans generally entered puberty before Caucasians. Also, those with a higher BMI tended to undergo puberty before girls with a low BMI.

It is also believed that girls influenced by more Endocrine- disrupting compounds (EDCs) which are in a number of everyday products have a greater chance of earlier puberty. Unlike, ethnicity and BMI, EDCs are a risk factor not yet proven.

Earlier puberty has been linked with the development of breast cancer. Research shows that women who had their periods at an early age are at higher risk of suffering from breast cancer. This is based on the fact that many women who currently have breast cancer also got their periods at a young age.
Further research is taking place to figure out what exactly is causing puberty to hit girls at an earlier age. As for now, only precautions can be taken by girls and their parents.

It is recommended that young girls stay fit and healthy as a greater BMI is definitely linked to entering puberty faster. In the United States for example, obesity has greatly increased in children over the years and this is responsible for the current situation.