Should Sugar Be Regulated? - Doctor Solve

Home » Should Sugar Be Regulated?

Should Sugar Be Regulated? 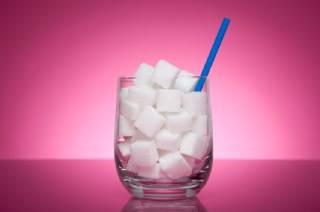 Should Sugar be Regulated?

A new report suggests that sugar is as toxic as alcohol and it concludes that new limitations need to be placed on this substance. The report was conducted by Dr. Robert Lustig, a noted childhood obesity expert from the University of California, and two colleagues who specialize in health policy. It states that sugar is the culprit behind many diseases, such as heart disease, cancer, and diabetes.

A little Bit Will Do You

A little sugar is fine; however, a lot kills slowly. In a world where soda pop is often cheaper than water or milk, perhaps placing regulations on sugar is the answer. While Canada and some other countries have imposed a small tax on some sweetened food, it would take a big price hike to impact consumption. In fact, statistical modeling implies that prices would have to double to significantly reduce soda consumption. Regulatory options suggested by the researchers include: limiting the sale of sugary products during school operation hours or designating an age limit (such as 17) for the purchase of drinks.

Obesity is now a bigger problem than malnutrition in the world. In 2010, no state within the United States had an obesity rate of less than 20%. While this study brings sugar to the forefront of the obesity crisis, there have been previous regulatory initiatives to address the problem.

The US Food and Drug Administration (FDA) Patient Protection and Affordable Care Act of 2010 requires menu calorie labeling for restaurants with 20 or more locations (aka restaurant chains). The idea of calorie menu labeling began in New York City in 2008; however, studies have been inconclusive about the effectiveness of the calorie count labeling, and there isn’t a focus on sugar in this initiative.