Prescription medication make up 10% of the country’s spending in terms of health care in the US, but this percentage is seen to rise, as most drug prices continue to increase. This is especially true for newly developed drugs that treat very serious conditions like...

The high cost of prescription drugs has created a health care crisis in the United States.  The Campaign for Personal Prescription Importation (CPPI) is a non-profit organization dedicated to helping Americans find safe alternatives to purchasing their prescriptions by importing 90-day supplies from Canada. With more... 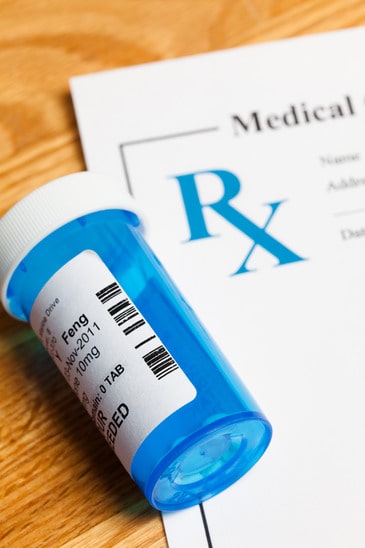 Prescription medication make up 10% of the country’s spending in terms of health care in the US, but this percentage is seen to rise, as most drug prices continue to increase. This is especially true for newly developed drugs that treat very serious conditions like cancer and hepatitis C.
In most cases, taxpayers and insured patients who do not really make the use of their health insurance bear the brunt of these expenses. On the other hand, a huge part of the population of people also suffers from because of this problem, as the cost of drugs hinders them from buying and taking their prescription.
Whether you’re a healthy individual who does not need maintenance medication, or suffering from a condition and having a hard time filling out your prescription, you may be wondering: what is being done about all of this?
In Canada for example, they have a system that allows for the evaluation of prices of drugs, both existing ones and those that just come into the market. For new drugs, a group reviews them first and looks at the price – if they see it as too excessive, given the value it provides to consumers, the group negotiates with the pharmaceutical company. This is what keeps their prices lower in their country in comparison to the United States.
While you can purchase drugs in Canada occasionally, there is no such thing as free trade between both countries – so no pharmacy in the country can buy in bulk in Canada and ship it to the US and sell the medication for a lower price. Some European countries also regulate the price or the profits that pharmaceutical companies make from certain drugs, ensuring stability in prices.
That said, some consumers cross the border or order online from Canada and other countries because their medication – while the same as we have – is cheaper. Unfortunately, this practice lies in the gray area in terms of legalities
While the FDA does a good job of reviewing drugs that come out in the market, they still do not have this mechanism to control and place value on them, hence the drugs still come out in the market at a much higher price than in other countries that enforce evaluation and control. On top of that, it’s also important for them to demand transparency in the costing and distribution of drugs. It’s only with transparency and disclosure are we able to rally for cheaper medication to be made available for people in the country.

The high cost of prescription drugs has created a health care crisis in the United States.  The Campaign for Personal Prescription Importation (CPPI) is a non-profit organization dedicated to helping Americans find safe alternatives to purchasing their prescriptions by importing 90-day supplies from Canada.

With more than 35 million Americans unable to adhere to their prescription regimens because they cannot afford them, the fallout costs are skyrocketing.

Some of the associated costs include: –

There is a solution to this growing problem.  Medications that are purchased in Canada are far more affordable than those here, due to the nature of their healthcare system.  By purchasing and importing their medication, Americans are able to afford their monthly prescriptions, avoiding the high costs and associated health risks of non-compliance.  Seniors, those living on fixed incomes and low-wage earners are desperately in need of a way to purchase their prescriptions in order to maintain their current regimen and avoid further health complications and associated costs.

The Center for Disease Control and Prevention (CDC) estimates that about 5 million Americans currently obtain their medications from outside the US, and the primary reason is the cost.  For years, Americans living near the US-Canadian border filled their prescriptions in Canada with no issues, and now Americans are utilizing the Internet to order their medications, converse with pharmacists and discuss their medication and health conditions with no adverse effects.

CPPI believes that it’s time for Congress to pass legislation that will allow all Americans access to prescription drugs from licensed Canadian pharmacies.  Over the years, bi-partisan legislation has been introduced, but with no success.

Their dedicated staff is working diligently to pass legislation that will open up the Canadian prescription market to the American people, and allow them to purchase their medications in a cost-effective and safe manner. CPPI works closely with patient advocates, as well as a wide variety of organizations, that are dedicated to improving the lives of Americans and helping to lower their healthcare costs.

Allowing access to Canadian prescription drugs will ultimately benefit the American healthcare system, as fewer doctor and hospital visits will be necessary, and caregivers will be able to make the decisions that need to be made, based on what is best for their loved ones instead of what can be done with the available funds.

As a consumer advocacy organization, CPPI is committed to ensuring that Americans are able to purchase the medications that they need, at a price they can afford.